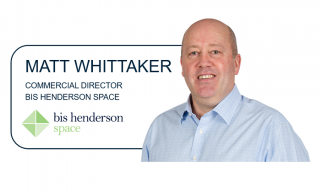 For a decade, requirements for operational warehousing and distribution space have been growing fast. As the pandemic hit the economy we might have expected demand to ease, as it did in the financial crisis after the Lehmann Brothers collapse, but in fact the pandemic has further amplified and accelerated the demand and supply side factors that have been driving the need for space across manufacturing, wholesale, retail, and transport.

The warehousing market has certainly not diminished: the requirement, not just for space but for space that can accommodate automation and other advanced warehouse technology, has both grown and transformed.

On the demand size, the obvious driver is the rapid growth in eCommerce driven by changing consumer behaviour and increased acceptance across all demographics. The UK was already an early adopter of the consumer aspects of what the World Economic Forum calls ‘Industry 4.0’, but in 18 months there has been a transformation that had been expected to take five to fifteen years.

ECommerce has a notorious appetite for space – the oft-quoted rule of thumb is that every £1 billion in sales requires 750,000 sq ft of warehousing. ECommerce inventories are not just replacing, but often duplicating, stocks that hitherto were carried in the backrooms of physical shops.

The need to meet increasingly demanding consumer availability expectations can mean a greater assortment having to be carried in more locations closer to markets. In the warehouse, display at pick faces is necessarily less volumetrically efficient than bulk storage of stacked or racked pallets – for example, with manual picking it may not be possible to exploit the full height of the shed, while automation solutions such as sortation systems also take a lot of floor space.

ECommerce distribution centres also need space to accommodate many tasks such as picking, packing, and returns management. Under COVID restrictions operators have had to be more widely dispersed, and workers – themselves in short supply – may not consent to returning to cheek-by-jowl conditions so yet more space will be needed.

Supply side pressures are also increasing space requirements. Supply, especially from global sources, is increasingly uncertain and ‘black swan’ events are becoming disturbingly common while factories re-enter lockdown as new waves of infection hit, ships and containers are in the wrong place, and as shipping rates soar, it is becoming common to find consignments ‘bumped’ from their intended sailing, creating serious congestion both inbound and outbound for ports and their associated storage facilities.

In many sectors, automotive for example, industries are rowing back from the Just-in-Time, minimal inventory model. The high risk flip-side of the low cost model has been revealed and the dual need to secure supplies as and when they can, and to counter rising transport costs are driving higher inventory levels. This is seen across raw materials, semi-finished and finished goods, both as larger safety/buffer stocks, and higher peak levels of stocks as firms receive inputs in greater bulk, and bring forward stockpile manufacture to be sure of meeting seasonal demands.

More closely related to COVID, considerable storage space was taken up in the early phase with goods that were undeliverable to their intended customers – for example into the hospitality and entertainment industries. Those stocks are clearing but the situation could recur if further lockdowns are required, and bottlenecks on a smaller scale are currently commonplace as distribution is hampered by driver shortages and the dreaded ‘Pingdemic’.

The amount of PPE and other medical supplies being stockpiled is not insignificant and governments will not be running down stocks and freeing up space any time soon. Consumer spending patterns have altered, possibly for the long term: among the sectors to benefit have been DIY, home improvements, technology and other ‘home office’ supplies, and gardening, all of which characteristically involve bulky goods. As travel and holidays continue to be problematic, consumers are spending more on physical goods, and less on intangible experiences.

Meanwhile, continuing post-Brexit uncertainties are also driving higher inventory levels. New Free Trade Agreements may have as yet unknown impacts on trade patterns and inventory profiles (continuing a relative move away from European trade that was already evident pre-Brexit – longer trade lanes tend to equate to higher inventory levels), while the recently announced Freeports are likely to attract businesses that are heavy on warehousing requirements.

All of which makes for a fairly chaotic situation for those charged with determining inventory and warehousing strategies. There is very little certainty about the pandemic and its supply chain impacts either short-term (a fourth wave this Winter?) or longer term (how permanent are the new consumer behaviours?).

And importantly, supply chain managers and their employers are now acutely aware that COVID is not the only threat, and that supply chains under current levels of stress are increasingly vulnerable to other events. Risks abound, from geopolitical tensions to climate change: as this is written, wild fires rage not too far from major ports including Long Beach and Piraeus.

Somehow, firms have to adapt their supply and distribution chains to be ‘comfortable in chaos’, and part of this response must be to have a strategic yet flexible approach to inventory and warehousing. Devising the strategy is one thing, though executing it in the current difficult market is quite another.

It has been recognised for many years that the UK is ‘under warehoused’. Further, too much of the existing estate comprises ex RAF hangars and converted mills that are not fit for purpose, especially if potential users are contemplating automation, as most should be.

There is little truly speculative new build, with what there is typically snapped up on long, ten to fifteen year leases almost before ground is broken. Bidding wars for new space are common, and rents are climbing inexorably as yields have been compressed to record lows reflecting a boom in underlying asset valuations. Developers thus have little incentive to release their land banks. We see it being a landlord’s market for the foreseeable future. Space to meet short term needs, say one to three years, is effectively unobtainable at an economic rate in the conventional market.

One result is that tenants choose to stay in space on relatively favourable terms even if they don’t actually need it at present, just in case. Paradoxical, perhaps, but at Bis Henderson Space we see these businesses as part of the solution.

How we can help…

We can identify businesses with unused or under-utilised operational warehouse space that can be matched up with our clients’ short-term needs for space and flexibility. That need can vary – it may be to accommodate a high level of activity that is not yet certain to have a long-term future; it may be a regular need for peak season warehousing; or it might be a need for temporary accommodation while the permanent warehouse is refitted or automated, to mention but few. Often we find that what starts as a twelve-month arrangement (shorter terms are rarely practicable in the current market), becomes effectively a rolling contract extending for several years – which may be useful if a client can’t get internal sign-off for more than six months or so.

But importantly, Bis Henderson Space doesn’t just match; we manage. We offer our clients not a lease, but a service agreement, the scope of which can range from basic space provision to full facility and operational management. Such arrangements offer our space suppliers a market rate, but give our clients maximum flexibility at low risk and, importantly for some, off the balance sheet. Often, we can offer a lower total cost of occupancy (rents being only part of the budget). Typically the space involved currently is in the 2,500-5,000 pallet range, say 40,000 to 80,000 sq ft, which in modern terms is a small warehouse, and the developers aren’t building them. Currently, have getting on for half a million pallets under management.

Even if or when the pandemic goes away, the new awareness of supply chain risk, and the need to address it through extra inventory, looks to be a permanent feature – although the precise response required will vary for each supply chain and over time. Bis Henderson Space can offer low risk, high flexibility solutions that can continually adapt to changing business needs.

If any of the above resonates and you need support, please don’t hesitate to contact us to discuss potential solutions to the challenges you’re facing. 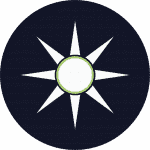 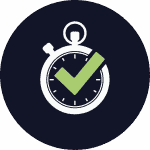